“The Anniversary closed at the Coach House Theatre last Saturday having played to very appreciative audiences. For a lesser known play the attendance figures were very respectable, building through the week as the word obviously spread about how good it was – see below, some of the written feedback received. A lot of people said they wondered why they had not previously seen or even heard of such a marvelous play. All credit to director Gill Young for again unearthing another hidden gem for the Players to delight Malvern audiences with.

Coming up next: A Bunch of Amateurs – see Coach House theatre home page

picture shows cast relaxing on set after the performance”

On Facebook:
“Great play. Great acting and warm welcome. Thanks for an enjoyable evening, Already
booked for another show.” – David

Extracts from personal emails:
“That was absolutely brilliant. What a lovely Theatre. What a marvellously funny play.
Future productions will definitely be on our list of ‘must see’ from now on.” – Richard
“Well done! Great play and very well executed. It had some brilliant twists and turns. Just
the distraction I needed.” – Debbie
“Just a brief email to say that I thoroughly enjoyed the performance this evening. What a
bitch that woman was! My sons should be so grateful that they have me for their mother!!
We thought all the actors played their parts so well. A most enjoyable way to spend an
evening. Well done to all involved.” – Brenda 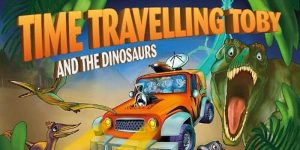