Winston Churchill is arguably one of the most famous Englishmen that has ever lived. His inspirational leadership helped win the Second World War, and his parliamentary career of 62 years ensured he was responsible for momentous decisions.

They say that behind every great man, there is a great woman. Was this true in Churchill’s case? What of Clementine, his wife for 56 years? Did he bully her like he did so many other people? Was he as grumpy and irascible at home as he often was in the House of Commons? Given his strength and conviction, did Clem have any influence on him at all? Or was she ‘the little lady at home’?

All these questions will be answered, and many more, in Liz Grand’s superb, moving, sensitive and informative portrayal of Clementine Churchill. (Liz’s previous shows are ‘The Second Best Bed’ and ‘Where Is Mrs. Christie?’).

Winston said, “my most brilliant achievement was my ability to be able to persuade my wife to marry me.” 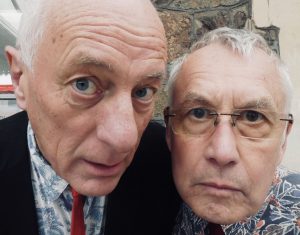 WORLD PREMIERE Starring Liz Grand as Clementine Churchill Written by Kit Hunter Winston Churchill is arguably one of the most famous Englishmen that has ever lived. His…
View Calendar
Add