“And let those that play your clowns say no more than is set down” – advice that Will Kemp may have done well to follow!

In 1600 Will Kemp, the most famous comic and clown of his generation and Will Shakespeare, most famous playwright in history, fell out in an argument over a play. Shakespeare stayed in London, writing for The Lord Chamberlain’s Men and producing the plays still renowned the world over. Kemp embarked on a bizarre PR stunt, Morris dancing from London to Norwich.

Based on Kemp’s own diary, “The Nine Daies Wonder”, Kemp’s Jig is a romp through Elizabethan England, sharing the adventures of Shakespeare’s now almost-forgotten clown.

This one man show has been playing to rave reviews up and down the country, including at last year’s Edinburgh Festival Fringe and at the famous Maddermarket Theatre, Norwich, where Kemp’s original event finished.

A “horrible history” for all ages, fans of Upstart Crow and Shakespeare in Love will enjoy cheering the maverick Kemp on his way. 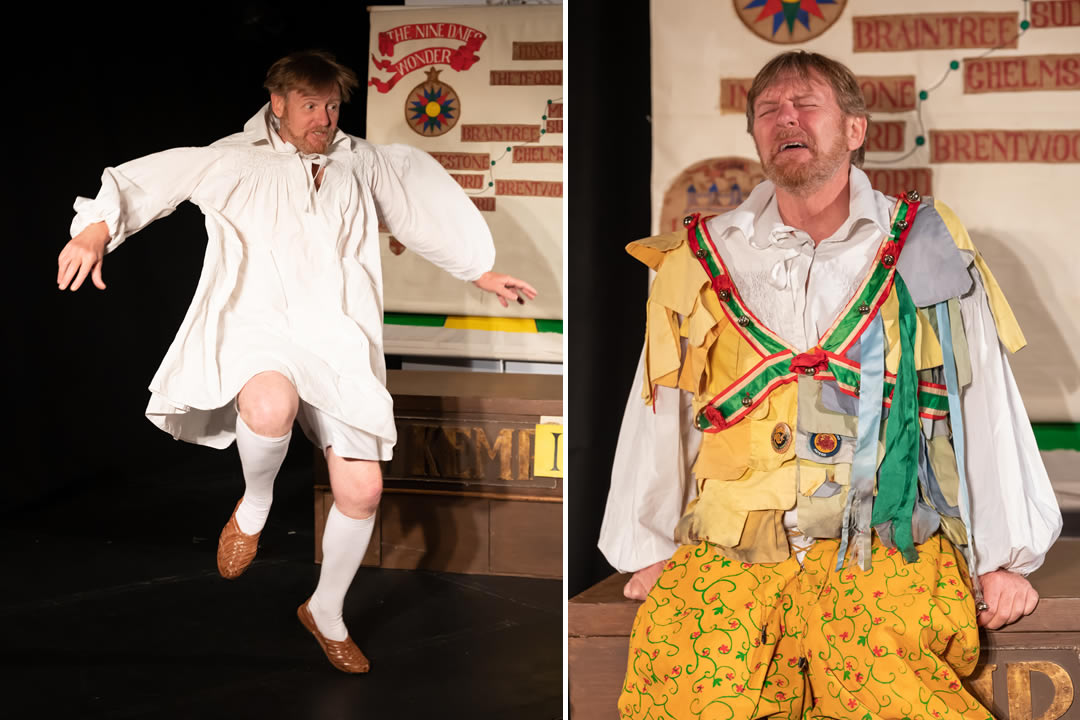 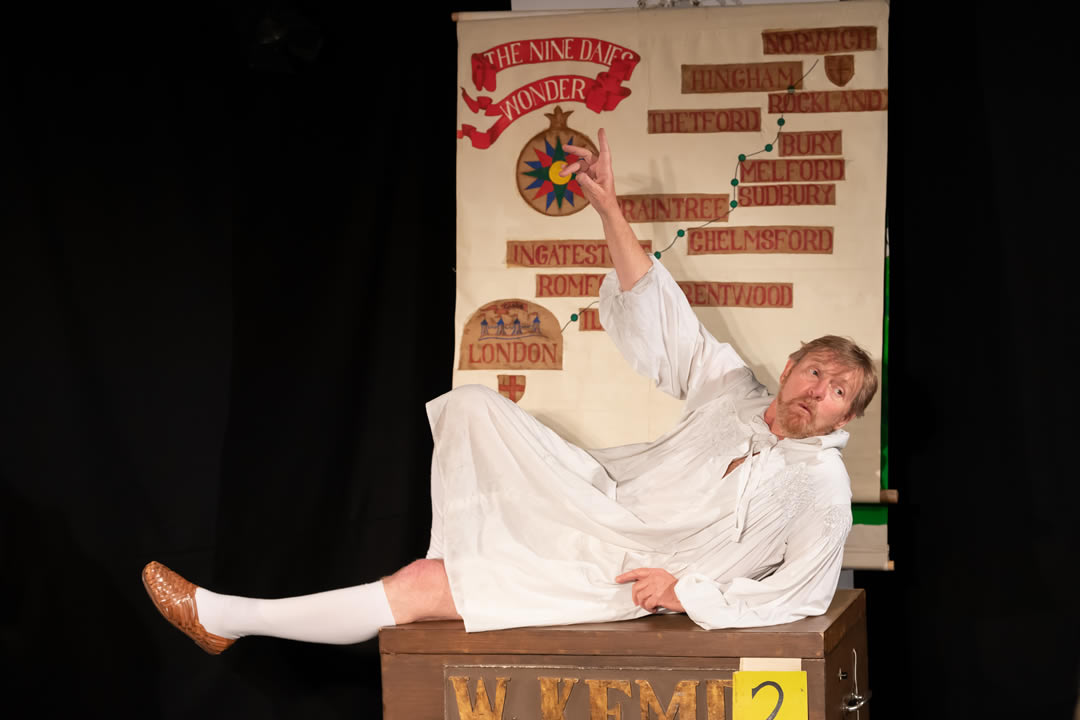